In 1866 the Imperial Hotel, as it was known then, opened its doors to the public on the present site and closed its doors in 1880. For the next 60 years it became Maison St Louis, a Jesuit College for students studying theology, philosophy and Science. When the German forces occupied the Island in 1940, Maison St Louis became a training school for the German NCO's. After sitting empty for 8 years, it was purchased by the Reynolds Family, who opened it in 1954 under its present name, the Hotel de France. The current owners, the Parker Family, purchased the hotel in 1971. 2006 saw the opening of the Ayush Wellness Spa, the first Ayurvedic hotel spa in the United Kingdom, dedicated to the principles of Ayurvedic therapies and luxurious treatments. This award winning six treatment room spa, has its own Indian physician and staff of both Indian and Western therapists.

Situated on the beautiful island of Jersey, the 4-star Hotel de France is a 15-minute walk from the town centre. With free WiFi and free parking, it has a spa, a gym, and a swimming pool complex.

Each room offers satellite TV and facilities for making tea and coffee. Some also overlook the picturesque garden.

Nearby Les Mielles Golf and Country Club has an 18-hole championship golf course, overlooking St Ouen’s Bay. The ferry port is just 1 km away, and Jersey Airport can be reached in 15 minutes’ drive. 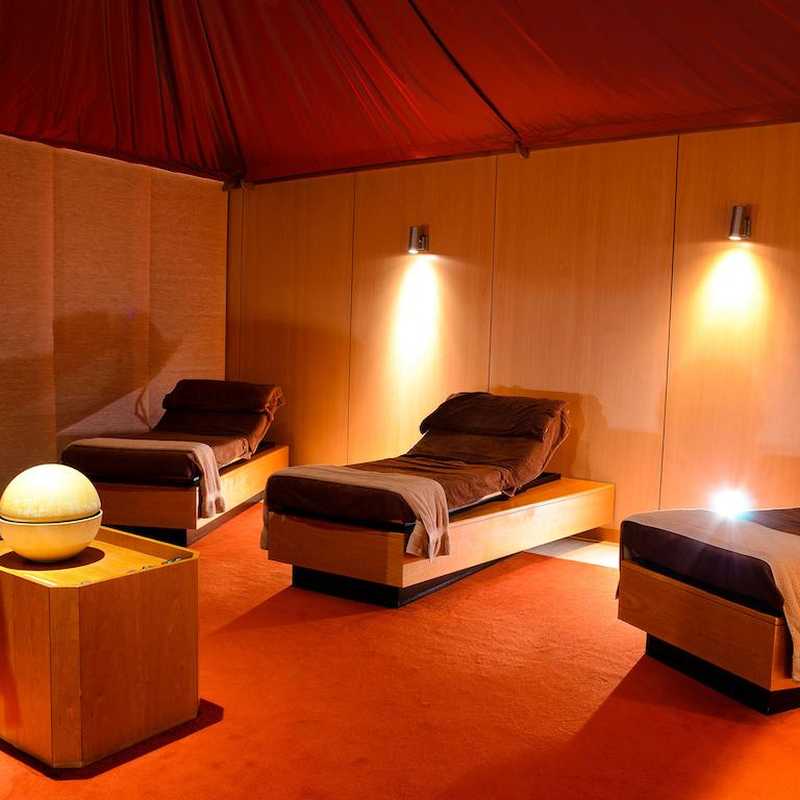